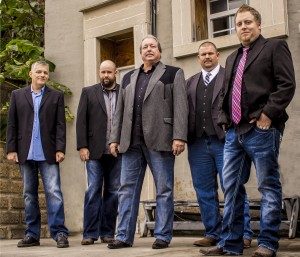 It’s About Tyme Tops National Chart SIXTH Consecutive Month, Hit Single – “I’m Leaving You And Fort Worth Too” – Remains at #1

Russell Moore & IIIrd Tyme Out, one of bluegrass music’s most iconic, ground-breaking bands in recent decades, are celebrating another career milestone with the news their latest, self-produced album, It’s About Tyme, will remain at #1 for an unprecedented SIXTH month in a row on the National Bluegrass Survey’s Top 15 Albums chart (December-May). Released September 4th on Moore’s independent label, Break A String, It’s About Tyme hit #1 in December 2015 and has held tight for a half-dozen months in a row! Additionally, the Moore-penned single, “I’m Leaving You And Fort Worth Too” is #1for the second consecutive month (April & May) on the National Bluegrass Survey’s Top 30 Songs chart!
“I’m Leaving You And Fort Worth Too” came out of the gate strong when it was initially released last October and debuted at #6 on Bluegrass Today’s Top 20 Singles chart, rocketing to #1 in November. In addition, the song enjoyed a November debut on the National Bluegrass Survey’s Top 30 Songs chart, making a steady but strong climb to #1, making this the second#1 song from It’s About Tyme; the first single, “Brown County Red” reached #1 in March, giving the band the #1 song for the last three months.
The success of It’s About Tyme comes just as IIIrd Tyme Out begins celebrating their “Tyme For 25” tour marking their 25th anniversary, proving their longevity and sustainability in an ever changing and evolving genre of music. This landmark tour will kickoff with a special extended performance at Willow Oak Park Bluegrass Festival in Roxboro, NC on Saturday, April 30th, followed by a LIVE concert broadcast on SiriusXM Bluegrass Junction on May 5th, an appearance with Coffee, Country & Cody on WSM 650AM the morning of May 6th, followed by a special “Tyme For 25 Celebration Concert” at the Nashville Palace (Tennessee) on the evening of May 6th.
“For the past twenty-five years, Russell Moore & IIIrd Tyme Out have been known for consistency in delivering top-notch bluegrass music filled with energy and innovation,” says journalist and radio programmer Daniel Mullins. “That reputation continues with the success of their most recent release, It’s About Tyme. As a broadcaster, it is not often that I come across an album which I enjoy presenting as much as I do the new music from Russell Moore & IIIrd Tyme Out. Even by their own lofty standards, Russell Moore & IIIrd Tyme Out have, once again, raised the bar for excellence in bluegrass recordings. The combination of fresh, memorable songs and exciting vocal and instrumental arrangements showcase why they have been among the bluegrass elite for two and a half decades.”
And the praise from colleagues, journalists and radio programmers continues across the board:
“It’s About Tyme is a personal favorite and one of our top 5 most requested albums of the year.”
Terry Herd, Bluegrass Radio Network
“It’s no surprise that It’s About Tyme has topped the charts. Great singing, great playing and songs that fit the band just right – what more could you ask for? The band is a perfect blend of youth and experience, and Russell Moore is a force of nature, admired by colleagues every bit as much as by fans.”
Jon Weisberger, Journalist, Broadcaster, IBMA Songwriter of the Year
“When they told me this album had been #1 for five months now, I thought, ‘Well, why shouldn’t it be?’ With so many strong songs in one package, played and sung by one of the top bands in the business, It’s About Tyme is about as good as it gets!
Kyle Cantrell, SiriusXM Satellite Radio
For more information on Russell Moore & IIIrd Tyme Out including their hit album, It’s About Tyme and the “Tyme For 25” tour, visit www.iiirdtymeout.com.
Tweets by @iiirdtymeout