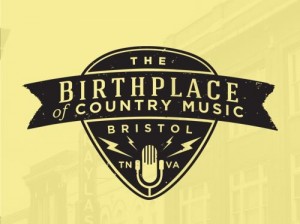 BY TOM NETHERLAND SPECIAL TO THE HERALD COURIER

“What better place could there be?” said Moore last week. “What a place, Bristol! It’s full of the history of a lot of the people who were influential on bluegrass. Jimmie Rodgers, the Carter Family – you hear their influences on bluegrass every day.”

Hear it on IIIrd Tyme Out’s new album. A.P. Carter’s “Are You Tired of Me, My Darling,” emerges from among their well-plucked covers. Originally recorded by the Carter Family on Dec. 11, 1934, acts including Jim & Jesse, the Blue Sky Boys and Hot Rize have since covered the solemn tune.

“Keith McKinnon (Marion native and the band’s banjoist) had the idea for the song,” Moore said. “He said, ‘I’m hearing three-part harmony as opposed to a duet.”

Classically, Carter’s song was recorded and performed as a duet.

“We worked it up and had the two parts, then interjected a third voice,” Moore said. “It moves a lot, jumps up and over lead vocals a lot. We put our IIIrd Tyme Out thumbprint on it.”

Likewise, their new album continues the band’s longtime pattern of taut harmonies amid a smattering of clever covers and new originals. Issued nearly four years after their prior release, 2011’s “Prime Tyme,” an overabundance of time drifted by in the gulf.

“Hence the title of the new project,” Moore said. “It’s about the band and where we are.”

For instance, avid followers of IIIrd Tyme Out know to expect the unexpected when new albums arise from the minds of Moore and company. Their new one brands as no exception, particularly given their take on Sam Cooke’s “You Send Me.”

“’You Send Me’ isn’t a bluegrass tune, but it’s a good tune,” Moore said. “We got blasted for doing ‘Only You’ (from their covers album, “Timeless Hits From the Past Bluegrassed,” for Cracker Barrel),  but it’s been one of our most popular requests at our live shows. People love it.”

Hear the love. IIIrd Tyme Out entertain mightily. Moore, a five-time IBMA Male Vocalist of the Year, leads like Barnum. His quartet of a supporting cast chime in such that the cumulative amounts to a high wire act that entertains upon the crack of the bluegrass whip.

They’re bluegrassers with a cause.

“To put a smile on somebody’s face, give them a memory to take home, that’s what I enjoy,” Moore said. “I’m having the time of my life.”

Tom Netherland is a freelance writer. He may be reached at features@bristolnews.com.

Who: Russell Moore & IIIrd Tyme Out